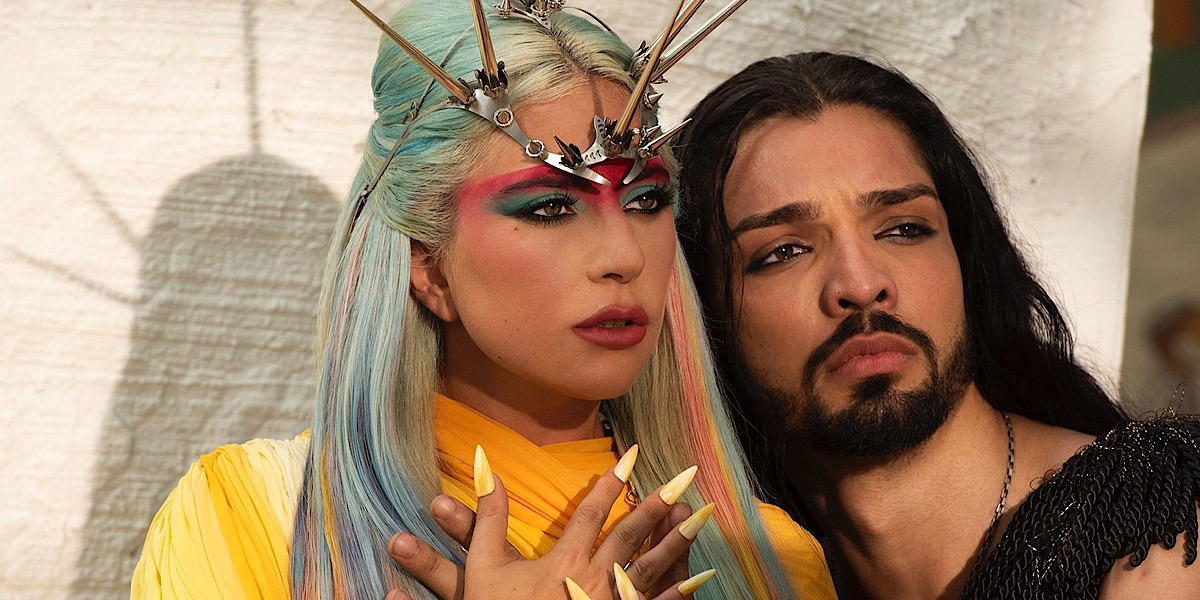 If you’ve ever wondered what it feels like to get cast in a music video for one of the most famous artists in the world, Sia Zami is the right person to ask. The Teheran-born guy wanted to be an actor for as long as he can remember, and since there wasn’t anyone in Hollywood with his ethnic background he could look up to, he really hopes to inspire talented young people like him to believe in themselves and follow their dreams.

One of his biggest career achievements so far has been playing a part in Lady Gaga’s latest short film for her song 911, but this definitely won’t be the last time we hear about him. Sia told us about his inspirations, his plans for the future, his first impression of Gaga, the funniest blooper that happened on set, and more – exclusive interview with Sia Zami.

When did you decide to become an actor? Who and what inspired you the most?

For as long as I can remember, I always wanted to be an actor. Even as a kid, I made up stories and acted them out. When I was little, there wasn’t anyone in Hollywood to look up to, with my ethnic background, so that definitely was a driving force for me. Hopefully I will be able to inspire some kids to pursue their dreams and to feel like they really have a place in this industry.

When you’re not working, what do you like to do in your free time?

I enjoy reading, writing, playing video games, working out, and spending time with my family and Smokey.

Congratulations on the 911 short film! Tell us a bit about the casting! What’s your story, how did you end up getting the part in the video?

My manager called me with the audition, and next thing I know I’m on the phone with the amazing director, Tarsem Singh, absolutely vibing and the rest is history.

What was your impression of Lady Gaga when you met her for the first time?

Very first impression was that she seemed almost normal, whatever that means – ha, but as soon as we all heard “Action!”, I was absolutely drawn to her, every movement, everything she was doing, her freedom, creativity, it was unbelievably captivating and inspiring!

What did you think about the song 911 when you first heard it?

To be honest, I didn’t quite understand it at first, but once I read/heard the lyrics and started experiencing the visual of it all, it really started to grow on me, and it hasn’t stopped.

Where did you shoot the video and how much time did it take?

I was on set for three days in Southern California.

What’s your favorite memory from the shoot?

It’s really hard to pick a favorite, but there is a scene where I’m on a platform, standing, spinning an umbrella and we are really high in the air, slowly coming down to the ground. That was amazing!

What was the funniest blooper that happened on set?

In the scene where I’m supposed to yank on the rope attached to LG’s leg, trying to save her, I got a little carried away, yanked a tad bit too hard and really scared the hell out of her, the cameraman, and the entire crew.

Which scene is your favorite?

The paramedic scene. It’s where everything really starts making sense and the attention to detail is incredible. You can watch this short film music video over and over again and find new things you may have missed before, like a lot of really great movies!

What was the hardest part of shooting the video?

It was extremely hot. One day it got up to 115 degrees but on set, we all had to act like it was a normal day. That was a bit tough!

The video is very precise in its every detail. Was there any room for improvisation or did you strictly stick to the script?

That’s very true, and this is where all the credit goes to Tarsem. He’s just incredible. I mean he sat down with me and thoroughly explained all the details of what he wanted me to do, but also allowed me to ask for extra takes and try things out. Brilliant!

If you had the chance, would you work with Gaga again in the future?

She’s one of the most talented artists alive, which is like only slightly less talented than me so I guess maybe… we’ll see. I’m joking of course – in a heartbeat!

Besides her, which artists would you like to collaborate with the most?

I’m a huge fan of the Witcher, so I’d have to say Henry Cavill, in the Witcher, on NETFLIX, Season 2 is shooting now *wink* *wink*.

What are your plans for the future? Are you working on any projects right now that you can share with us?

There are a couple feature films I am reading scripts for. Looking for some really interesting and exciting projects to get involved with in general, we will see! Fingers crossed for a HUGE rest of 2020 and future!

What’s your advice for aspiring actors?